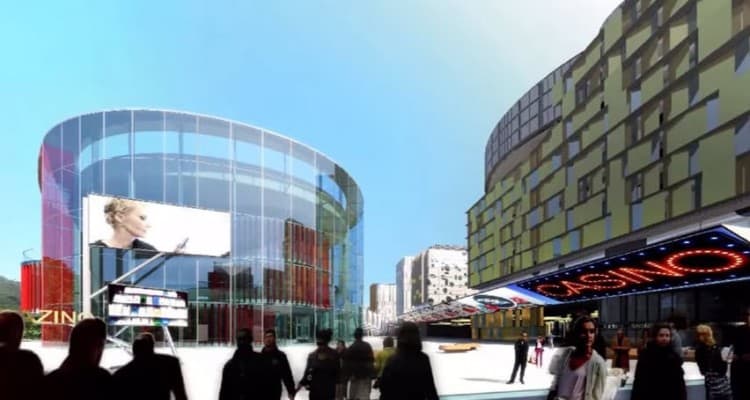 According to Macau Business Daily, Lawrence Ho, co-chairman and chief executive officer of Melco Crown Entertainment Ltd., hopes the Russian casino-resort project Tiger De Cristal in Vladivostok, Russia will fulfill the local demands of South Korea for casinos, and will not only target Chinese gamblers, but also those from Russia, Japan and South Korea.

Although Ho’s company’s other projects in Macau have experienced 13 consecutive monthly drops in gross gaming revenues, they aren’t worried it will have an effect on their gaming business in Russia.

Advanced registration conducted by the company shows a high demand for casinos by Russian gamblers.

The casino will provide 25 gaming tables for high-rollers, and despite a few junket owners expressing interest, they will pass all the VIP tables to a top junket operator from Macau.

With only one casino in South Korea open to locals, and considering competition from casinos in South Korea for the Chinese North Eastern market, the company believes the Russian project will fulfill the South Korea’s demand for casinos.

In addition, that one casino in South Korea’s gaming revenues are higher than the accumulative gaming revenues generated by all those only opening to foreigners, suggesting the potential demand in Korea is very high.

Another plus is that Japanese authorities have yet to legalize gaming in the country, which means the company’s, Summit Ascent Holdings ltd will own the unique advantage of being a forerunner in Northeast Asia for a longer time.

Phase two of the Russian project will occupy a larger area than the first phase by 70 per cent, with an estimated investment of US$500 million, and include a 4-star and one 5-star hotel, offering approximately 170 gaming tables and 500 slot machines.