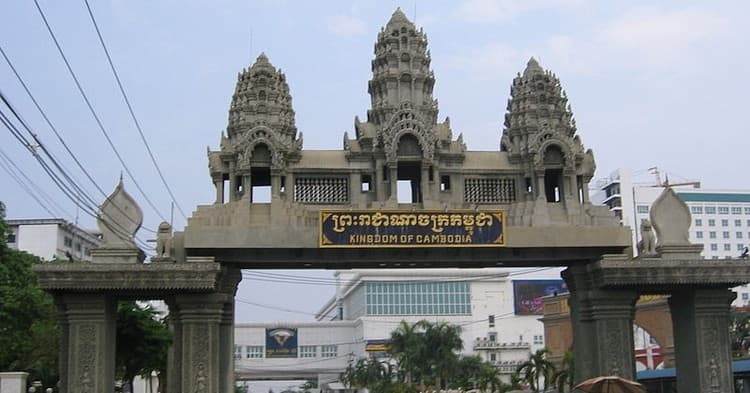 The Cambodian Daily is reporting that gaming tax revenue increased year on year a full 20% in the first half of 2015 to $12 million. A Finance Minister is cited as saying that the increase is due to an increase in Thai gamblers crossing the border to play in Cambodian casinos.

In the January through June period of 2014, casinos tendered $10 million to the government in taxes. Eight new casino licenses have been issued raising the number of legal gaming operations from 57 to 65.

Information on specific Cambodian casinos is difficult to come by but many of them are located on the borders of Thailand and Vietnam. Government officials said the greatest numbers were coming in from the Thai border casinos rather than urban locations such as Bavet. However NagaCorp, owners of NagaWorld Hotel & Entertainment Complex, in the kingdom’s capital of Phnom Penh, is expecting at least a 40% rise in net profits for the first two quarters of the year. A major portion of that revenue may come from a slots deal inked in May worth a total of $50 million over time.

“The amount of casino tax revenue collected is dependent on the situation in the border areas. The proportion [of tax revenues] from the Cambodia-Thailand border areas is large,” Ros Phearun, ministry spokesman told local news.

Security along the border seems to have improved since the military coup in Thailand last year. Previously unsavory reports indicated underworld activity, kidnapping, and illegal casino loan collections – especially among the former slew of illegal casinos operating in the shadows near the border. In 2013 Cambodian forces, including military units began a crackdown on illegal gambling activity in the country as well – which presumably began funneling more gambling revenue into licensed establishments.

The spokesman also mentioned a decrease in visitors from Vietnam; Chinese investors that may have left the country as the South China Sea dispute heated up.

“Those investors left the country, and so fewer and fewer guests came to Cambodia,” he said.

An increase in Vietnamese gambling opportunities for visitors there may have contributed to the decline as well.